Warning: "continue" targeting switch is equivalent to "break". Did you mean to use "continue 2"? in /home/hssworld/mostar-airport.com/wp-content/plugins/seo-ultimate/modules/class.su-module.php on line 1195
 History Mostar Airport | Mostar-airport.com 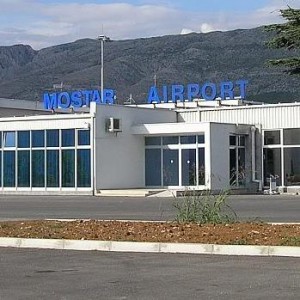 Mostar Airport began servicing civilian air traffic in 1965 when it officially opened for domestic flights. In 1984, the airport was renamed Mostar International and simultaneously announced as an alternate landing site to the Sarajevo International Airport for the 1984 Winter Olympics. Since then, Mostar has had a complicated history but has ultimately grown substantially in the number of flights, airlines, and passengers it services.

Providing convenient access to Međugorje, Mostar International serves as a popular destination for individuals making the pilgrimage to this famous town and its strong religious ties. The airport currently services Mostar, Međugorje, Herzegovina-Neretva, and Canton.

Mostar International has seen a steady increase in passengers in recent years. In 2012, the total number of flyers doubled from the previous year, with over 78,000 people coming through the airport. This rapid growth has led Mostar International to become the second busiest airport in Bosnia and Herzegovina.

The recent increase in passenger traffic has called for the need to continue to expand and renovate the airport. Between 2013 and 2016, Mostar International is going through a multi-phase expansion and renovation. Italian companies and local authorities have planned investments that include improvements and development to the terminal building, a larger apron platform, and further modernization of airport equipment. Other plans involve runway expansion, staff education, new hangars for private planes, and rebuilding the fuel tanks destroyed by the Bosnian conflict in the early 1990s.

In 1990, a record number of passengers passed through Mostar Airport, with an estimated 86,000 passengers using the airport’s gates. Despite expectations of over 100,000 passengers in 1991, armed conflict in the region saw a major decrease in civilian air traffic followed by significant damage that forced the airport to close its doors in November of 1991. Thanks to finances from the European Union, the airport was reconstructed over the next few years. The airport remained closed to air traffic until July of 1998.

In addition to providing domestic and international flights for civilians, Mostar International Airport has also been functioning as a teaching facility for many years. The airport is used by the Secondary Traffic school of Mostar, serving as a flight school for students.

Over the past thirty years, Mostar International has grown to accommodate almost a dozen airlines and well over a dozen cities. During the summer, it serves as a hub for the Egyptian airline AlMasria Universal Airlines. Mistral Air currently is the operator of the majority of flights to and from Mostar International.