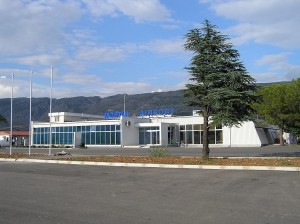 Conveniently situated just southeast of Mostar’s railway station, Mostar International Airport offers flights from almost a dozen airlines. The airport is only 5 kilometers from the city center, and a drive to the beach is only one hour.

The airport features approximately 2400 meter of asphalt paved runways. Potential runway expansions are currently in the planning stages, as are other improvements to the airport facility. Passenger traffic has doubled in recent years, and the airport will continue to expand its services and facilities through 2016.

For general information about Mostar International Airport, contact by telephone or email:

The official address of Mostar Airport is: